The two wall installations Amulet I and Amulet II are part of the series entitled”New Knotting”.

Inspiration for these works stems from an experience I had in Sicily. Here I saw some enormous white ropes tied around a cliff just outside the shore. I wasn’t able to go there, but they made a deep impression on me and inspired me to include the forces of nature in my work.

Indigenous peoples are often closely connected to the natural forces that influence their lives. They have always decorated themselves and their surroundings to worship nature and actuate the spirits and forces that determine their lives. Amulets come in many forms and are often worn on the body.

They are thought to have magic powers and worn to bring prosperity, or as protection against illness and disaster.

I attempt a sublime expression by combining as few elements as possible to create the rawness and pure perfection I experience in nature. My amulets are simple wound with hundreds of secret blessings within them. 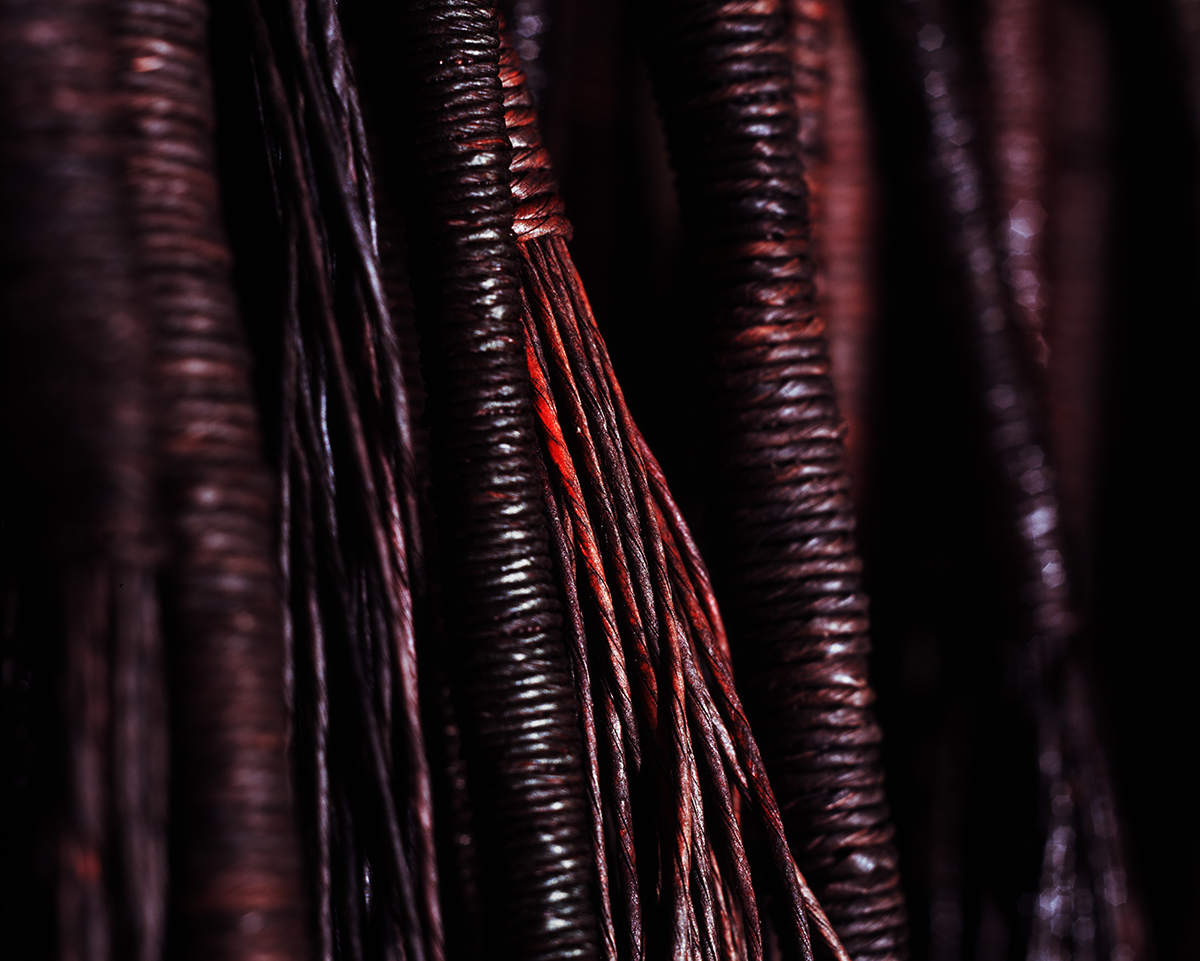