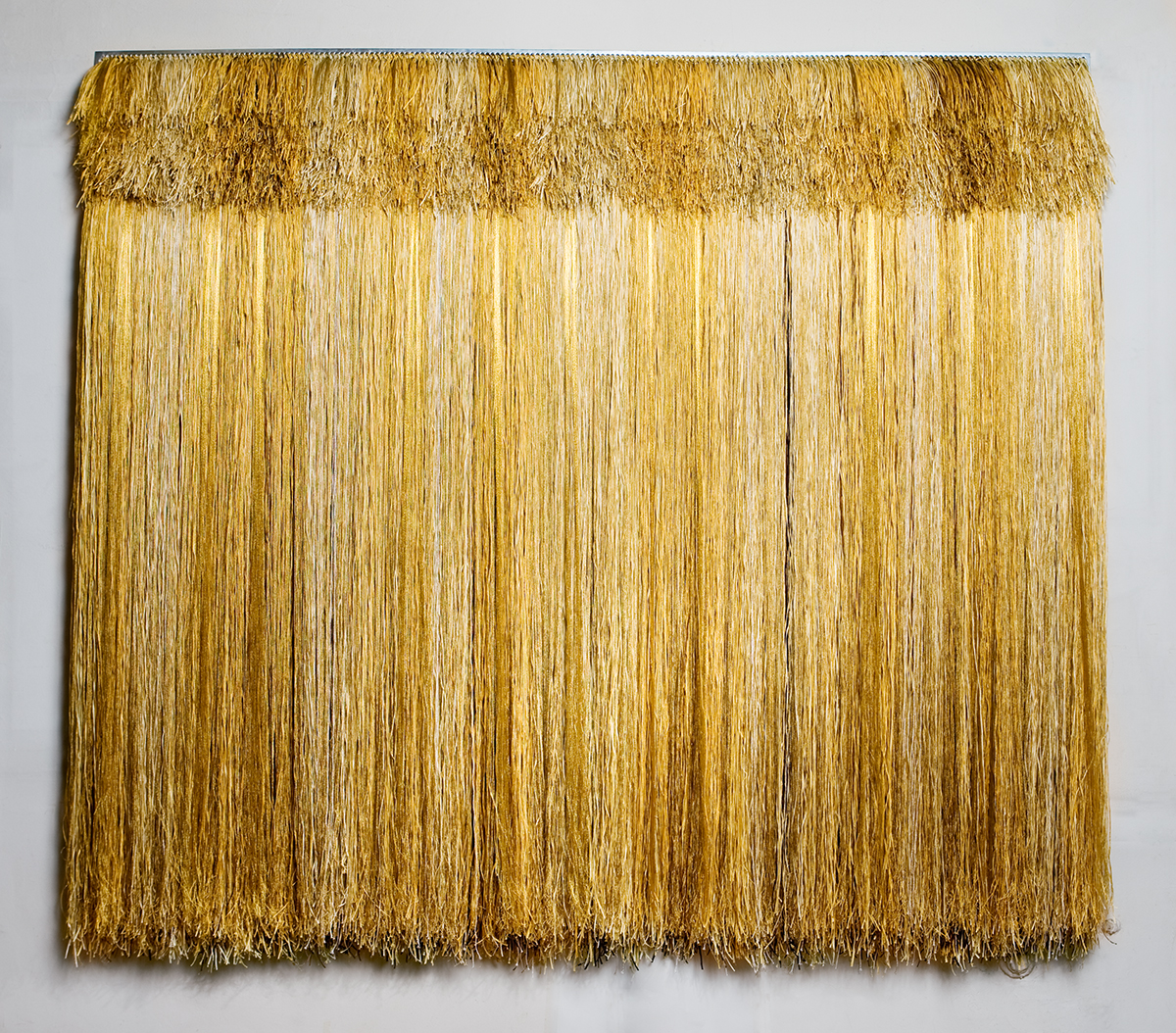 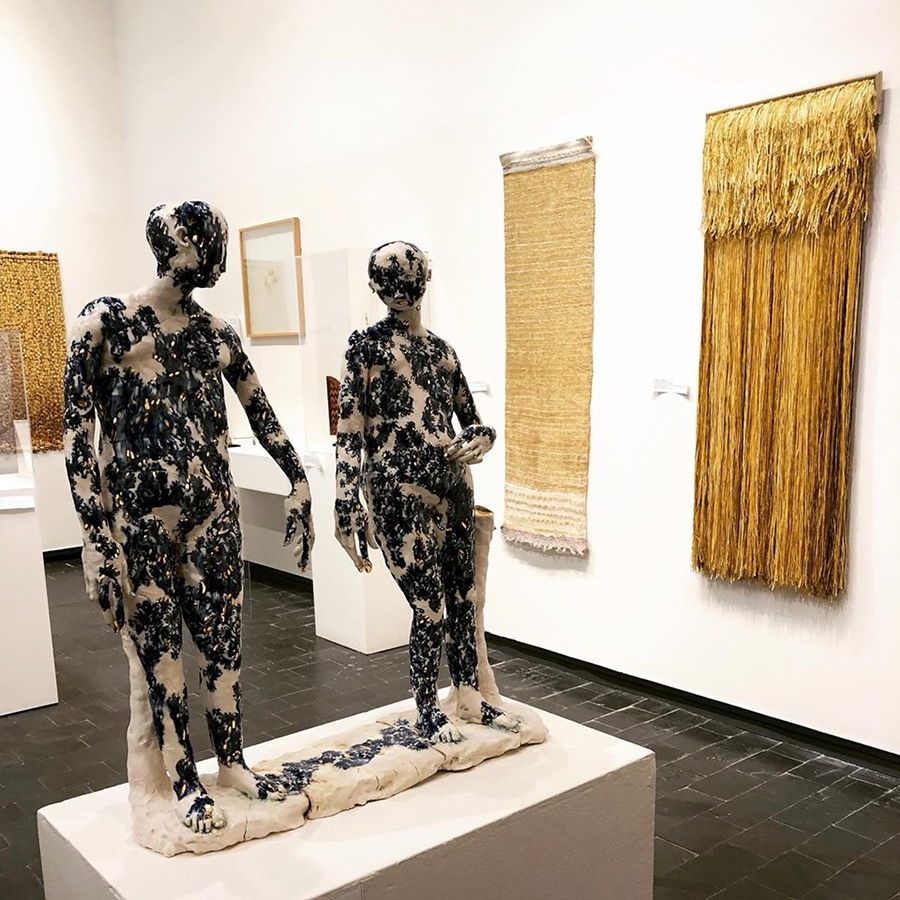 Grethe Wittrock’s work Gold Reserves (Copenhagen-New York 1939-49) is a large wall mounted sculpture, made of thousands of gold and silk threads knotted together on a steel plate. The work was inspired by the little known historical fact that the Danish national gold reserves were shipped clandestinely to New York City just before World War II, where they were stored in the vaults of the Federal Reserve Bank for safekeeping. Reconsidering the idea of “national reserves” and their attributed value, Wittrock’s work celebrates Danish design and craftwork traditions. The work does not, however, rely solely on the interesting back-story, suggested by its title, but communicates by way of its tactile sculptural presence.

Wittrock’s design and weaving background is evident in the way in which she prioritizes both material and form. Although she attempts to retain a sense of the material in its raw state, she pushes its sculptural possibilities. In the artist’s own words, her aim is to “respect” the raw material’s “energy” by distilling it “to reveal its essence.” Gold Reserves’ shimmering surface is made up of different silk threads, all custom dyed in gold leaf like nuances by a spinner in Kyoto, and subsequently treated by konjaku root starch to make them appear more stout. Below the gold threads is a layer of brown ones—matched to the background color of Jan Vermeer’s famous image Girl with a Pearl Earring—intended to give the wall-hung sculpture volume. With great sensitivity, Wittrock has carefully selected and assembled each knot of threads and its color combination to create an evocative and dynamic surface. Deliberately avoiding both the sense of domesticity often associated with traditional craft, and of preciousness, the large wall hanging, about six feet tall, weighs heavily towards the ground.

Wittrock draws on a variety of art historical references. The artist studied traditional textile printmaking techniques at the Seika University in Kyoto from 1990-91. Since she has traveled extensively to Japan, where she became acquainted with the 17th Century Japanese painter Tohaku Hasegawa, whose sensibility and palate has been a persistent source of inspiration. Hasegawa’s influence is particularly evident in the screen-printed tri-part work The Traveler (2004), which conjures the soft golden landscapes of his gold leaf folding screens.

Gold Reserves comes out of a body of sculptural wall hangings, including Peace (2003), Heart Blood (2003), The Cousin (2004), and Aqua (2004)—all works that probe the boundaries of the material by which they are made. Made from 73,000 hard strings of translucent fishing line, Aqua oscillates between shimmering white and a metallic soft shade of purple. Like all of the artist’s recent sculptural works, Heart Blood, made of dyed paper-yarn in different shades of red, instinctually makes reference to the body. Although Wittrock’s sculptural installations derive their sense of visual clarity and tactility from her understanding of design, they are infused with a distinct poetic quality.