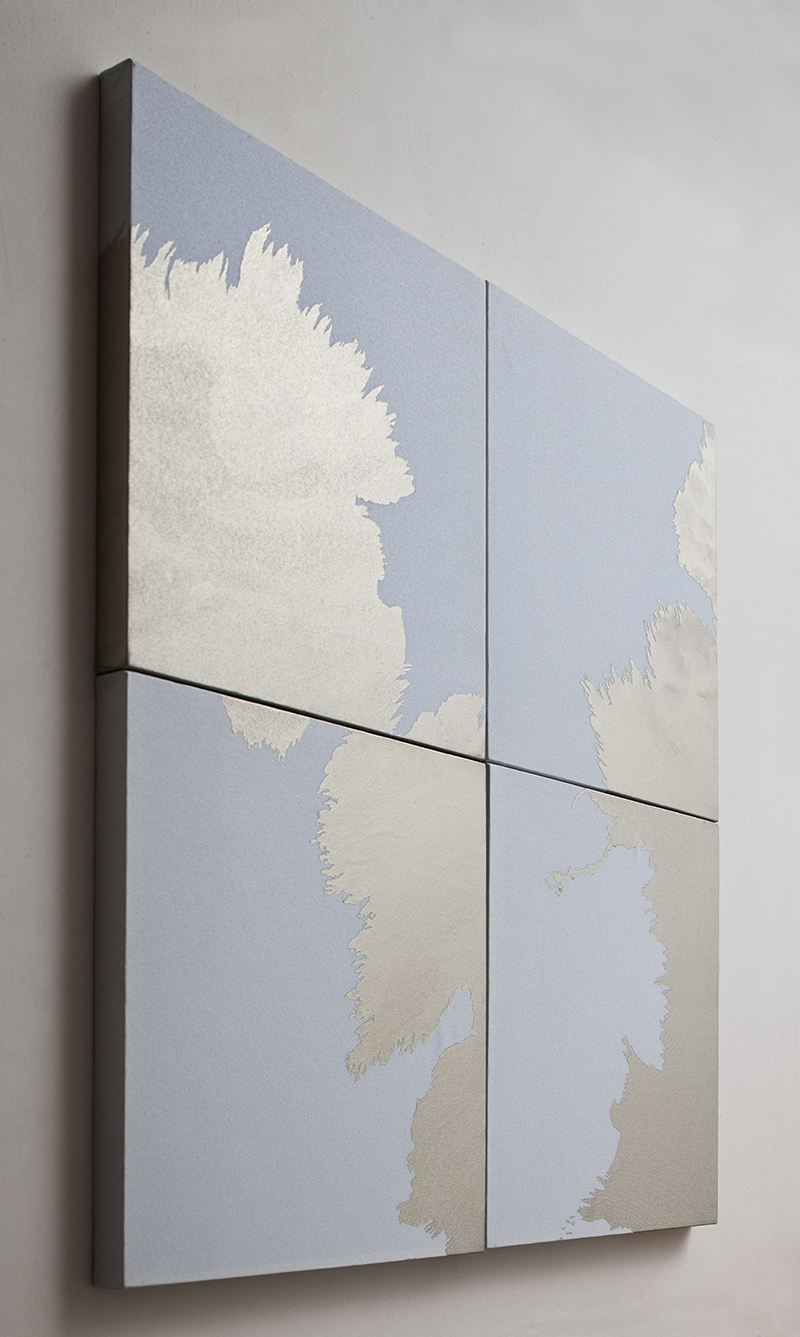 Known for her distinctive style and individualistic textiles, artist and designer Grethe Wittrock is to Danish textiles what Arne Jacobsen was to furniture. After finishing her studies at the Danish Design School, Wittrock studied fine art at Kyoto Seika University in Japan. Wittrock´s works has been exhibited worldwide, in cultural capitals such as London, Paris, Munich, Sao Paolo, New York and Kyoto. Wittrock lives and works in Denmark, where her Nordic sensibilities shape her response to the values and lifestyle she encounters there.

Wittrock says her approach is meditative describing it as “a process of repetition that allows me to create simple, strong poetic works of art”. While to some it may seem that Wittrock uses traditional techniques to create forward-thinking designs, she points out that the techniques she uses are actually ancient.” I weave by hand, knotting and braiding strings of silk, gold and paper yarn”.

Wittrock expresses her sensations in objects of an overwhelming stillness and harmony. A strange underlying power convinces the beholder that soon the elements or masses of strings will move and breathe.

Many of the materials Wittrock uses are custom-dyed in Japan, often imbuing her Scandinavian élan with the understated elegance of traditional Japanese textiles.

Most of Wittrock´s work has been anchored to sleek interior environments where her artworks, wallhangings and fibre installations have been displayed. Large scale works such as “Heartblood”, “Peace” and “The Cousin” have been installed in museums, galleries and a range of other public places.

From the book “ Textile futures-fashion, design and technology” by Bradley Quinn, 2010